Media Redundancy Protocol (MRP) is a recovery protocol based on a ring topology. MRP allows rings of Ethernet switches to overcome any single failure with recovery time much faster than achievable with traditional alternatives like Spanning Tree Protocol. MRP is not able to offer zero-delay recovery time like HSR or PRP, but it is suitable to most Industrial Ethernet applications and it is quite popular in some sectors. 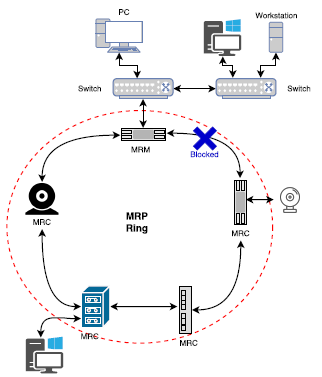 One of the nodes in a MRP network has to be a Media Redundancy Manager (MRM). The function of the MRM is to observe and control the ring topology in order to reach on network failures.

The MRM node controls the ring state by performing the following functions:

Nodes in a MRP ring that do not act as the ring managers have the role of Media Redundancy Clients (MRC). These nodes react on received reconguration frames from the MRM and can detect and signal link changes on its ring ports. 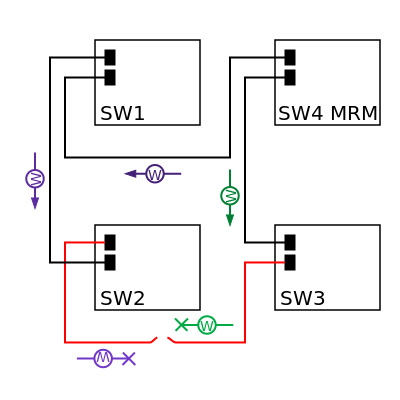 Photo: MRP in Ring open-status. Credits: Biezl under CC BY 3.0

SoC-e provides technology to integrate these functionalities in the following product: