Spanning Tree Protocol (STP) is a network protocol that ensures a loop-free topology for Ethernet networks. Nowadays it is a popular solution to implement redundant networks in critical systems for Energy, Aerospace or Factory Automation. RSTP provides faster convergence than 802.1D STP when topology changes occur. It can also be combined with HSR–PRP for reliable Ethernet communications.

Sometimes, when interconnecting switches, loops occur, meaning that there is more than one possible path between two networks. These loops may be made by mistake or because redundant paths are desired for reliability. If a loop occurs in a switch network, the network is out of service as soon as the first broadcast frame or unknown destination is sent. This is due to two characteristics of transparent switches:

What is the solution?

There are two possible strategies: 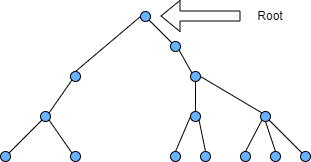 Therefore, in order to know the topology of the network, and thus disable interfaces, Spanning Tree messages are sent, which are called BPDUs (Bridge Protocol Data Units). BPDUs use a reserved multicast address, 01-80-C2-00-00-00-00, to ensure that non-Spanning Tree switches propagate them transparently.

This is what the Spanning Tree protocol flow would look like:

Traditional Spanning Tree (IEEE 802.1D) has convergence problems as it can take from 30 seconds to a few minutes for topology changes. This is excessive in some cases.

RSTP protocol has become the choice for preventing layer 2 loops in topologies that include redundancy. If there is a switch in the network, it must be able to run RSTP algorithm.

Another interesting form of redundancy, or security against loops, is using the Multiple Spanning Tree Protocol (MSTP). MSTP is an extension of RSTP that enables VLANs to be grouped into a spanning-tree instances. It provides multiple forwarding paths for data traffic and enables load balancing.

MSTP configures a separate spanning tree for each VLAN group, allowing to have a configured root bridge and forwarding topology for each VLAN. It blocks all but one possible alternate path within each spanning tree.

In that sense, SoC-e provides technology to integrate RSTP and MSTP functionalities into the network with the following product:

We use cookies on our website to give you the most relevant experience by remembering your preferences and repeat visits. By clicking “Accept All”, you consent to the use of ALL the cookies. However, you may visit "Cookie Settings" to provide a controlled consent.
Cookie SettingsAccept All
Manage consent